The first major update for Faeria in 2020 contains a load of new features, UI improvements, bug fixes, and more.

The first major update for Faeria in 2020 contains a load of new features, UI improvements, bug fixes, and more.

With the news of Faeria becoming available on the Epic Games Store for free next week, we’re calling this The Epic Patch.

We have added a set of special maps to Faeria that can be played in PvP match-ups. These special maps have varied sizes and faeria well placements.

They will be activated during special times of the week which we will announce ahead of time. During the time they are active, ALL PvP matchups will take place on the selected special map for that time period. 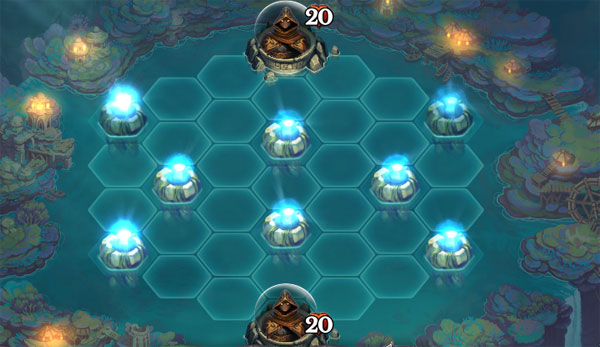 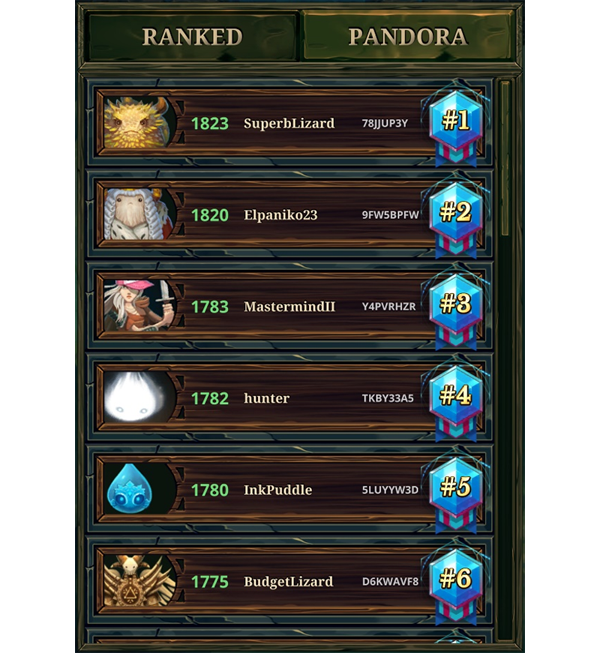 You will now be able to see the current Ranked and Pandora standings any time you like from a button on the main menu!

There is a new animated introduction when starting Faeria.

In addition to that, we’ve also added a fancy new Abrakam animation. We’re allowed to do that if we want.

Dynamic music has been added in-game.

This means that during battles, you’ll notice the music will change depending on what is happening on the board.

In addition to this, we have also added some new music to the game in general.

We have added the ability to report users from in-game. You will now be able to select anyone from your friends list and click a new ‘report player’ option.

As always, your last opponent appears as a suggestion in your friends list, so you can report players who are not your friend for abusive behavior. We know you’re all really nice so this will never be used, ever.

With this patch, we have completed removing gems entirely from the game.

Anyone with gems remaining on their account has automatically received 10x that amount in shards, and all gem prices in game have been converted to an equivalent 10x shard cost.

Garudan, Heart of the Mountain
- Damage reduced from 3 to 2.

Yes, a Garudan nerf. We'll discuss the thoughts behind this change more in today's Faeria Friday!

Note: We're aware of the bug where Garudan is still displaying 3 damage on his card. Please note, he will definitely only do 2 damage! Working on fixing that.

We have ‘paginated’ several different areas of the UI. Basically, this means that areas where you would previously scroll up and down - you now browse as ‘pages’ to the left and right.

For those used to the previous method of navigating the collection in Faeria, this may be jarring at first!

There is now a place in-game to see the various DLC available for Faeria and whether you own them or not. Convenient! 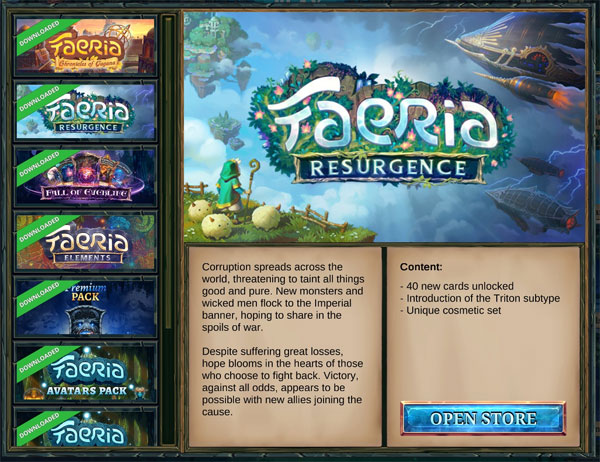 Controllers are now supported in Faeria. You can use them if you want, but really this is more important for future console support.

The bug fixes in this version are simply too many to list. Things have been so crazy that we didn’t really have time to properly list them all in patch note form. Let’s just say that we fixed around one million bugs and call it good.

Note: This patch is available in Steam today, but will not be on Gamepass right away. Sorry for the wait!

That’s it! Don’t forget to check today’s Faeria Friday for more information about the Epic Games Store launch next week!