We’ve got a lot of big news this week. Read below!

Starting next week, Faeria will be made available on the Epic Game Store!

Not only will it be available, but it will be available for free for one whole week. Yes, anyone who downloads Faeria next week from the Epic Game Store will have the game forever.

Get it while you can!

Anyone playing from the Epic Game Store will be able to play with anyone on Steam or XBOX Game Pass for PC.

As always, the biggest thing we can ask current Faeria players is to be as welcoming possible to the large influx of players coming next week.

We feel very lucky to have a helpful community who is great at making new players feel welcome and guided along their way.

If you see someone struggling, please direct them to our Official Discord where someone will surely be around to help them out. Thanks!

In celebration of the Epic Games Store launch, we’ve released an epic patch with a bunch of new features and improvements

Part of the patch today introduced the ability for us to activate special PvP maps for a limited time.

Here is a full list of maps we have available for these events: 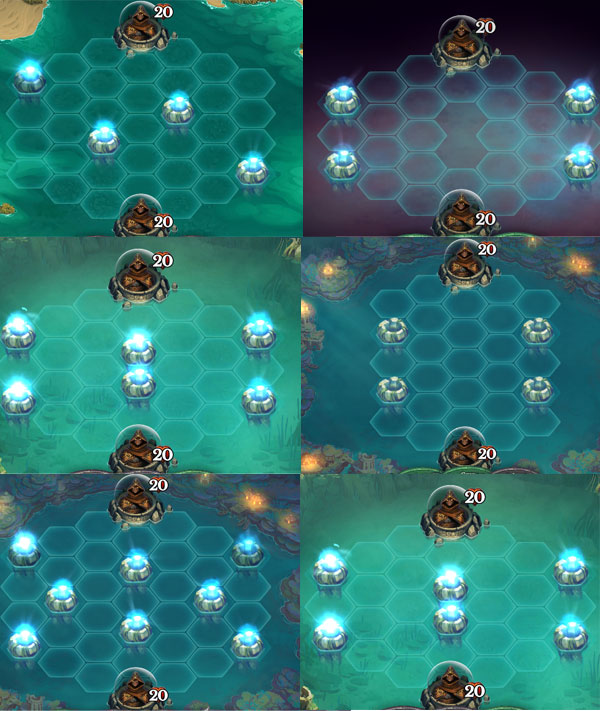 We hope to give these a test drive soon. We think it will be a great way to spice things up every once in awhile.

Keep in mind, all of our official tournaments will continue to use the standard Faeria map.

Today’s Garudan change may come as a surprise to everyone, but it’s something we’ve been thinking about pulling the trigger on for a while now.

We aren’t very happy with how ubiquitous Garudan has become in the meta, appearing in almost every deck even if he is the only red card. At the same time, we acknowledge what an important cornerstone of the meta he is and realize that adjusting him as the potential to tilt the balance in any number of other ways.

We tossed around a lot of ideas for him, but in the end, went with what we think is the simplest solution to achieve the result we want.

We’re considering this a ‘probationary’ change and may adjust it again in the future. For now, we’d really like to observe the effects of a world with less Garudans.

Looking for work in Belgium? Like video games? You can do stuff? 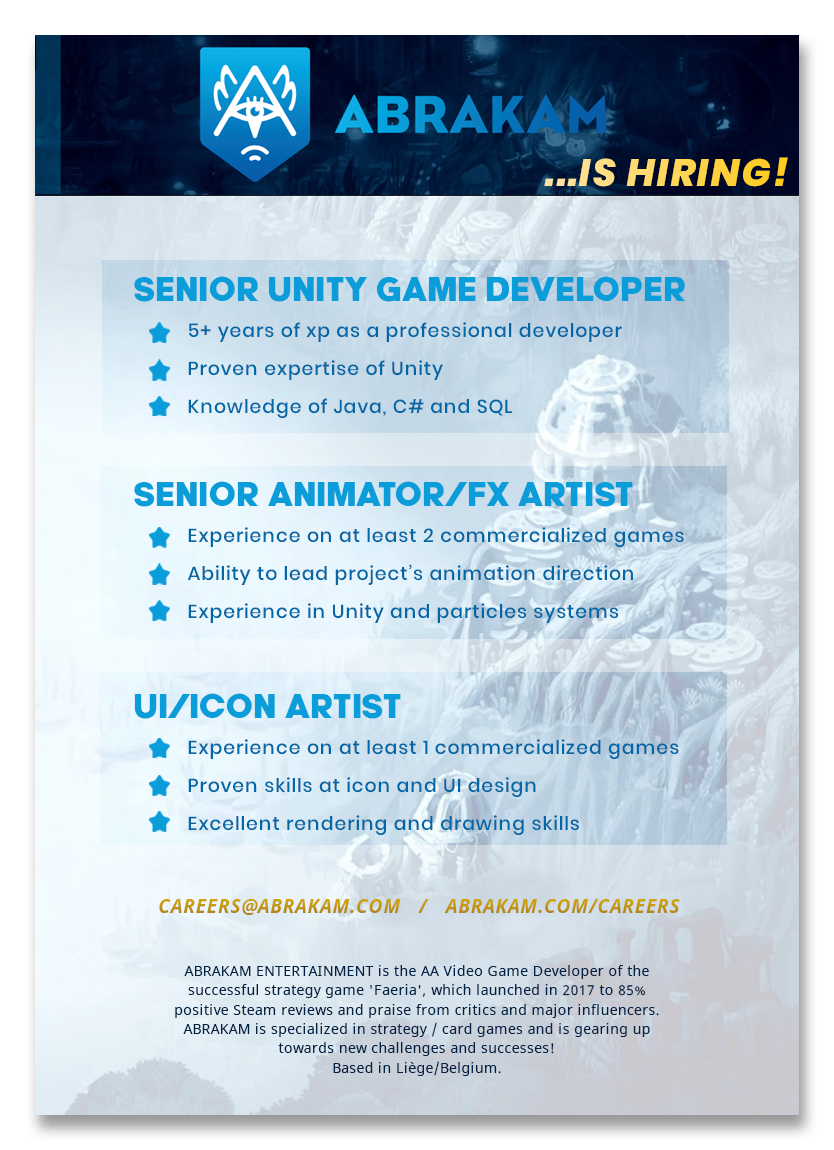 We’d love to have you on our team!

Congratulations to the winners of the FWC 2020 - Aurora Open #2

You can register for next weekend’s Aurora Open here:

Seeing as this is the Saturday directly after the Epic Free Week begins, we plan on streaming these matches on FaeriaTV!

Decks of the week