The second part of Fall of Everlife has been unleashed. 20 New cards, and more!

This patch contains the second part of the release of the Fall of Everlife expansion.

This release contains twenty brand new cards available via crafting or in Battle Chests for anyone who owns the Fall of Everlife DLC.

Anyone who owns Fall of Everlife will receive 5 Battle Chests immediately that will contain cards from this expansion. 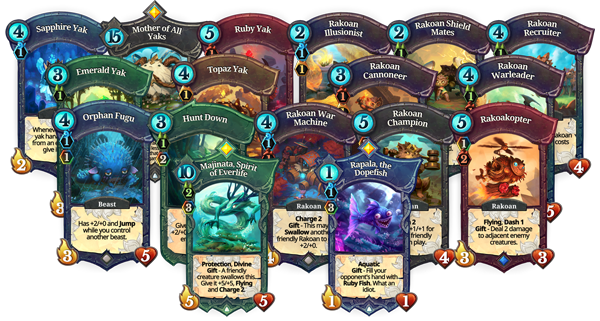 These cards in Part 2 of Fall of Everlife focus on the following Subtypes:

Two cards that we have not revealed yet appear below! 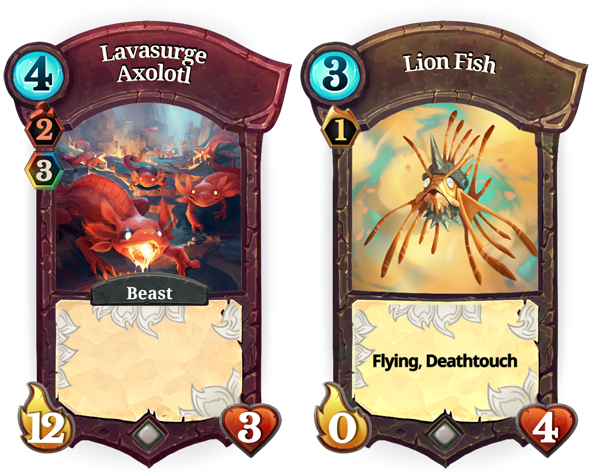 Lavasurge Axolotl splashes into Faeria as the highest base attack cost creature in the entire game. Watch out for a Grappling Hook!

Lion Fish has the power of Deathtouch, but Deathtouch won't work if it doesn't do any damage. It's up to you to decide how you'd like to give it a little venom.

All of these cards become available - TODAY.

With this patch, we have applied significant adjustments to the speed of player progression in Faeria and the rate at which new cards are obtained. These changes are largely in part due to player feedback. While we had already massively accelerated the rate of collection with Part 1 of Fall of Everlife, these changes push this intention even further.

Thank you for reading, and enjoy Fall of Everlife!