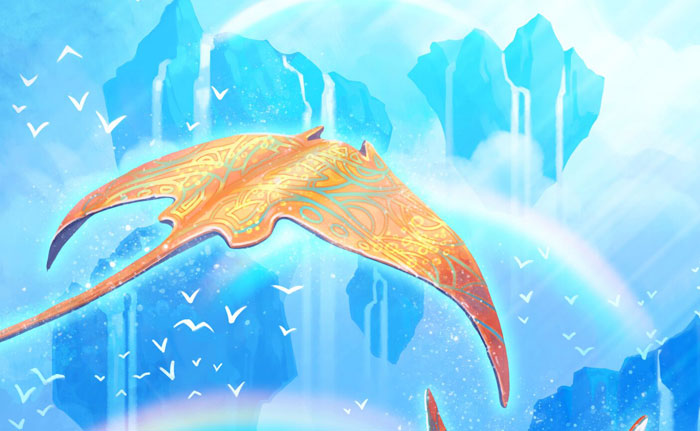 More Colossi! Rare arch-type with a synergy of Gabrian Commander and Colossi of 2 different colors. An excellent place for "improved" Mystic Beast as well. Donpork borrowed this deck from Luuu90 .. as well as the "2nd place curse".

Who said Khalims Followers have to be played offensively? A Novel arch-type on a competitive scene! A set of cards from Y rush, Y mid-range and Y control decks, against which opponents had been struggling to find a good counter.

Donpork had to dig deep after he lost 2 consecutive games to Kodlaci's "Y Control Sac" in the semi-finals. Donpork considered 11! different decks for countering the "uncounterable" Kadlaci's deck and chose "BY Double Colossus" one, which proved to be the perfect pick letting him have an unbelievable 3:0 comeback and a ticket to the finals!

Faeria Manta Cup #2 on Battlefy. "MATCH Check In" will be disabled.