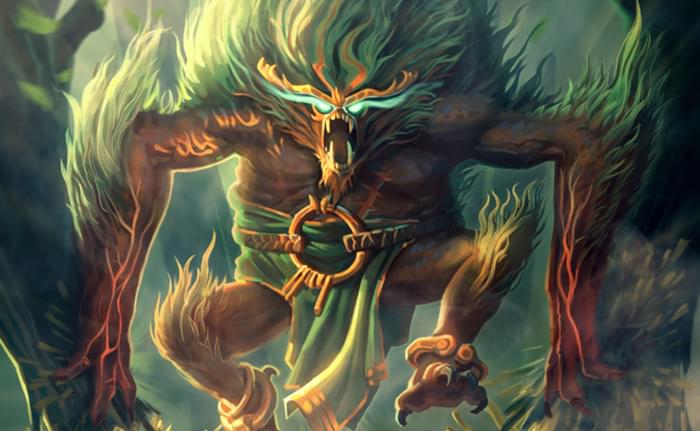 Faeria has received its biggest balance patch to date with a vast number of card changes and mechanics removed or altered. Read my thoughts on each individual change.

Faeria has received its biggest balance patch to date with a vast number of card changes and mechanics removed or altered. This patch was created with a few considerations in mind. We have nerfs and buffs implemented to help against Rush. However, a bigger change is the complete removal of Slam. This mechanic was introduced with ten new cards last year but Slam has been to troublesome for players.

If you’d like to here the developers insights to these changes you can read their commentary here.

Slam has been completely removed from the game. The mechanic empowered some of the heavier hitters in Faeria but at the cost of making it very hard to defend against. Creatures being close to each other became a huge problem and could result in a very punishing swing from a Slam creature. The developers saw this issue and have removed it.

Structures can now be activated when summoned. This is a fantastic change which will hopefully bring more structures into the meta-game. The ‘Tower’ cards in particular could prove to be quite powerful giving every colour access to a viable structure card.

Punishment originally treated treasure cards as neutral. This feels right to many players as treasures don’t require coloured lands to be played. This also makes Punishment a good pick in Pandora to target treasure type creatures.

We have a lot of cards to cover and I will give my thoughts on each change with how it may affect deck building and the meta-game.

Imperial Guard didn’t see much play in constructed or Pandora. His stat line didn’t have the health it needed to be a competitive taunt. The new changes give every deck the option of including a low cost taunt that restores life. This card could be a powerful tool to defend against rush decks.

Defender of the Homeland

The buff to Defender of Homeland could become Yellow Rush’s last nightmare. Yellow’s haste creatures all have one health and will have to trade to clear the Defender. Better still you get two Defender’s if you’re being damaged. The cost reduce also makes this card a cheap harvester. I believe this card will become a crucial part in defending against Yellow Rush.

I was very excited about Radiance when it was first announced. It seemed like a good win condition for control players if they were facing aggression. However it always felt like it was too late for Radiance to have any impact. With Slam gone Radiance needed something else and honestly I feel this is what the card needed all along. Radiance can now give control decks a comeback mechanic when they fall behind. I’m thrilled to see this change and look forward to trying it.

Structures have been buffed in this patch but Forbidden Library was one of the most powerful cards before the changes. The card has become much slower thanks to an increase in Lakes. This gives players a chance to get closer to their opponent before it can come down. The effect is still powerful and I believe it will still see play but at a more manageable pace.

Dream Reaver introduced a power new archetype for Blue. The problem was that he came on the board too fast. The increase in Lake and Faeria will help slow the deck down giving it the feel of a control deck. Reaver’s base attack has been increased allowing it to challenge Green’s more aggressive mid-range creatures.

Frogify was often too expensive as a transform effect. Mirror Phantasm is the number one choice for Blue players but this cost reduction could see more Frogify’s being used. This makes Blue’s match-up against Green and Soul Eater decks a lot better.

With Slam removed Wavecrash Colossus gained a Faeria buff. Getting a 7/7 for four Faeria could be the card mid-range Blue players need. You can accelerate its cost reduction with Ancient Herald which is a staple in mid-range decks.

Earlier I spoke about the ‘Tower’ cards becoming better with the structure change. Sunken Tower might be the best of them all. The card proved very strong in old mid-range decks. The structure change allows players to use the ability immediately which allows it to be weaved into one line of play.

Restricting teleportation to Forests helps balance Greens mobility. The previous Huntmaster allowed you to teleport on Neutral lands giving Green excellent aggressive and defensive coverage of the board. Sagami Grovecaller will still be a staple in Green but now at a reduced power level.

Feral Kodama was one of the scariest creatures to face. The Slam mechanic made this mobility creature terrifying. With Slam gone Feral Kodama has been given a different role. It now has Shaytan Vampire’s life steal ability. The price is not being able to harvest Faeria however, the card still keeps Jump. I can see this card being used in Green Rush and curious to see how it plays.

Oak Father returns to its original stat line with the removal of Slam. The card may find a home in Forest driven decks that utilise cards like Voice of Hunger.

Ruunin was a card that was either really good or bad depending on the match-up. The new changes could see Ruunin have more play giving her mobility and a power-up. Ruunin is still a long term investment as she doesn’t gain her cost reduction.

The structure buff could make Overgrown Tower a good choice slower decks. It allows you to spread your buffs over three turns. With the other Green changes we could see the return of value decks utilising small buffs on a wider scale. Cards like Eredan and Spirit of Rebirth come to mind with this strategy.

Hate Seed can get incredible value in rush and mid-range decks. The card provides a strong tempo swing and the cost increase makes Hate Seed a longer investment. Regardless of this slight nerf the card will still be a staple in angry Red decks.

Angry Red is a archetype that had tremendous value fro it’s cheap creatures. Shedim Pest was a problem for other colours to answer because of its four health. Red has Fire Bomb and Bomb Slinger but it didn’t make sense to give this cheap creature so much life. Now it can be contested by more creatures within its Faeria range.

Firebringer is a terrifying card in the late game. Angry Red has had its core cards adjusted to give the deck less oppressive power. The combination of Hate Seed, Shedim Pest and the Firebringer nerf should tame the overall power level of the deck.

Seifer with Slam was incredibly powerful. Being able to absorb the stats of multiple targets with Slam transformed Seifer into an unstoppable force. With Slam gone he now has had a cost reduction making him the best stated creature at five Faeria.

The memory of Slam will live on in Boulder Thrower. This is the only creature with the mechanic which will probably remain that way.

Lord of Terror has been completely re-designed. Red no longer has access to Deathtouch giving Green the better match-up against Red. The new design offers a massive taunt to help against rush. Not only that but any damage inflicted to Lord of Terror will result in your opponent taking two damage.

Derelict Tower comes second on my list of the best ‘Tower’ cards. Four points of damage could be crucial when clearing creatures or perhaps even when trying to finish the game. This card could find a place in control or burn.

Hellfire was a very powerful card on released and was adjusted shortly after. This lead to Hellfire not being played at all. Hellfire has had a cost adjustment to try and make the card see more play. Just don’t play Hellfire against an enemy Lord of Terror!

Doomsday is the only board clear in Faeria. The price for such an effect is half your health which unfortunately didn’t mean much to rush players. The card now ends your turn to stop yellow rush from gaining +1 Faeria into Khalim’s Follower, a powerful follow up to a full board wipe.

Annoying Gnat returns to his original nerf! Annoying Gnat at a 2/1 was too powerful when fighting on board, especially if it respawned next to your creatures. With Golden Aviary this card could still be a threat but requiring that little extra to get value from Gnat.

Zealous Crusader could easily become a 10/10 or higher with the amount of orb damage Yellow rush could achieve. This was a problem because it gave rush both a strong early game and an unbearable finisher. Crusader only gains +1/+1 per attack which will make him a more manageable threat.

Following the change to structures Wind Gate might become a great card for rush. You can activate it on the turn it was played further extending your aggression.

Another structure could see play following the changes. Much like Wind Gate this structure offers a form of mobility. I can see Celestial Tower fitting in a Yellow flying deck because you won’t require land to move around the board.

Another big change in this patch is Shaytan Vampire’s re-design into Shaytan Monstrosity. It’s difficult to judge how this card will perform. Its natural fit is in Green/Yellow sacrifice but the creatures you run generally have low attack. I can’t make an immediate call on how good this card will be but only time will tell.

Doomgate was buffed in the last patch making the card viable in certain decks. With the change to structures it had to be adjusted. Doomgate now has a base life of three meaning it can dodge one damage removal. Its life gain has been decreased making the card a bit slower. However, you can activate when it is played which will allow the card to dodge Flame Burst.

Even without Slam, Ostregoth will be a terrifying card to answer. The creature has an enormous body and can instantly impact the board when summoned.

The removal of Slam meant Warstorm Champion needed to compensated. i’m not sure if the cost reduction will be enough to see Green/Red make a comeback.