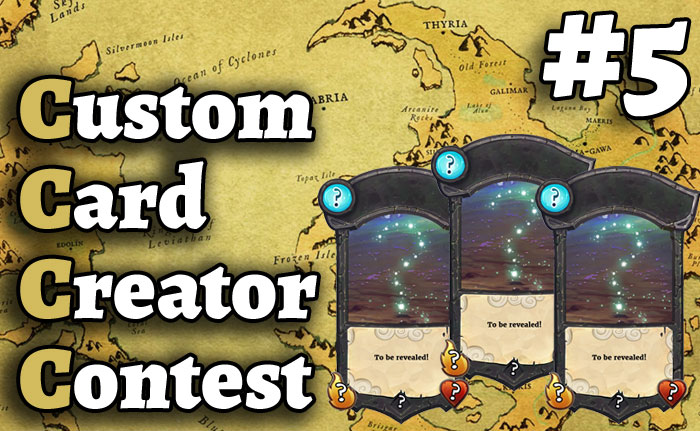 The results for the fifth custom card creator contest are here!

Good to see you again! Can you believe we've made through 5 contests already? It's astonishing! Thank you for supporting me through and through.

There weren't too many entries this time around, but there were some pretty outstanding ones, so I can't wait to put them on display!

Instead of me talking about each card, because its boring and no one reads it anyway, I'll put the lore they gave me under the card instead. Trust me when I say it's more interesting.

Before we start, the next contest will most likely be at the start of the next expansion. If that disappointed any of you, I apologize. However, don't fear! I've got some pretty spectacular things planned for you guys. While you wait, take a gander at those new Corrupt cards. Just give me some time to study for finals! Thanks!

Other than that, I dont have much else to say, so let's hop into the CCCC #5 Results! 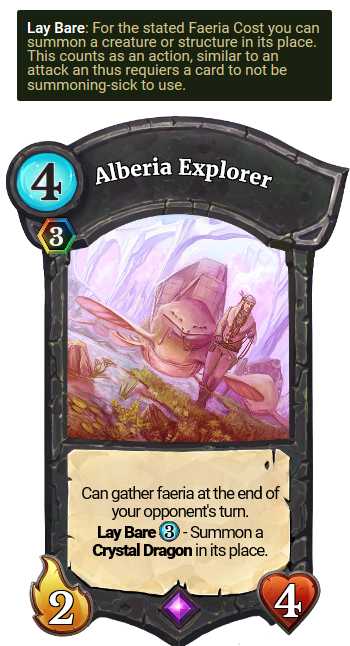 I choose Alberia as the city of my 6-card set. Alberia is a city of explorers, who set out to the heart of the Crystal Mountains to find riches, or sail out to the mysterious Silvermoon Isles to uncover their secrets. The colors of Alberia are red and blue as a result. "Alberia Explorer" is a creature with a new mechanic: "Lay Bare". "Lay Bare" allows a card to have a purely utitlity based effect and still be useful later or in a dire situation. Flavorwise, the mechanic itself makes clear that, to uncover something new, something else has to be given or lost. Namewise the mechanic is named as such so it can be used futher for multiple purposes (be it a archeologist who uncovers an ancient tomb or a sorcerer sacrificing himself to summon a demon). "Alberia Explorer" itself is natural card with high versatility that can theoretically go in any deck, whoever slow and risky. An opponent removing it before it can even collect once is a hard blow. This risk is in this regard a metaphor for the risk of exploring itself.

From the city of Mîrnast. This is the kind of higher mage who works on the augur library from the academy. 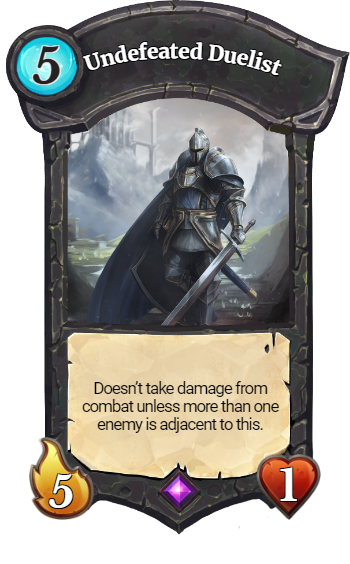 This duelist won’t ever be defeated… As long as your opponent agrees to duels only.

He comes from the Kingdom of Meroval, where his father, a formal king’s guard, trained him, his 2 brothers and a brave young lady to be the best duelists to ever live. Even though the girl turned out to quiet the legend among the people of Meroval, the brothers are still a big challenge for her.

That about wraps things up! I hoped you guys liked it! A big thank you to everyone who participated in this contest and a hearty congratulations to all the winners! I'm always trying to improve, so if you'd like, you can hand me some feedback by messaging me via discord. (DeezNuggets#8176)

A special and very dear thanks to Atmaz and the Abrakam team for generously sponsoring this contest with prizes, so that you can have something else to show besides the knowledge that you did well in the contest.

As usual, many of you submitted custom art for this contest, and it would be a shame to not show it off! 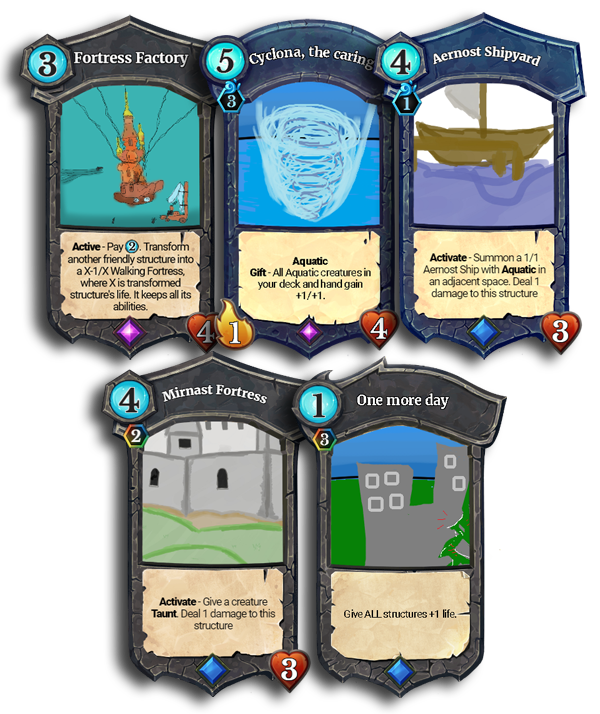 Bye guys! See you next expansion!