The Chronicles of Gagana expansion is now available!

Emperor Kaios has been defeated, and the Oversky is saved.

This victory is short-lived, however, as the climate begins to slowly and irremediably deteriorate. Extreme winds soon blow over the Oversky, becoming so strong that the floating islands themselves begin to rock.

These conditions originate from Orobouros, the giant celestial snake that circles the world and it's up to the crew of the Gagana to stop him.

The Chronicles of Gagana is the first part of a trilogy of expansions, and is available now on Steam.

Chronicles of Gagana is 10% off until April 24th! 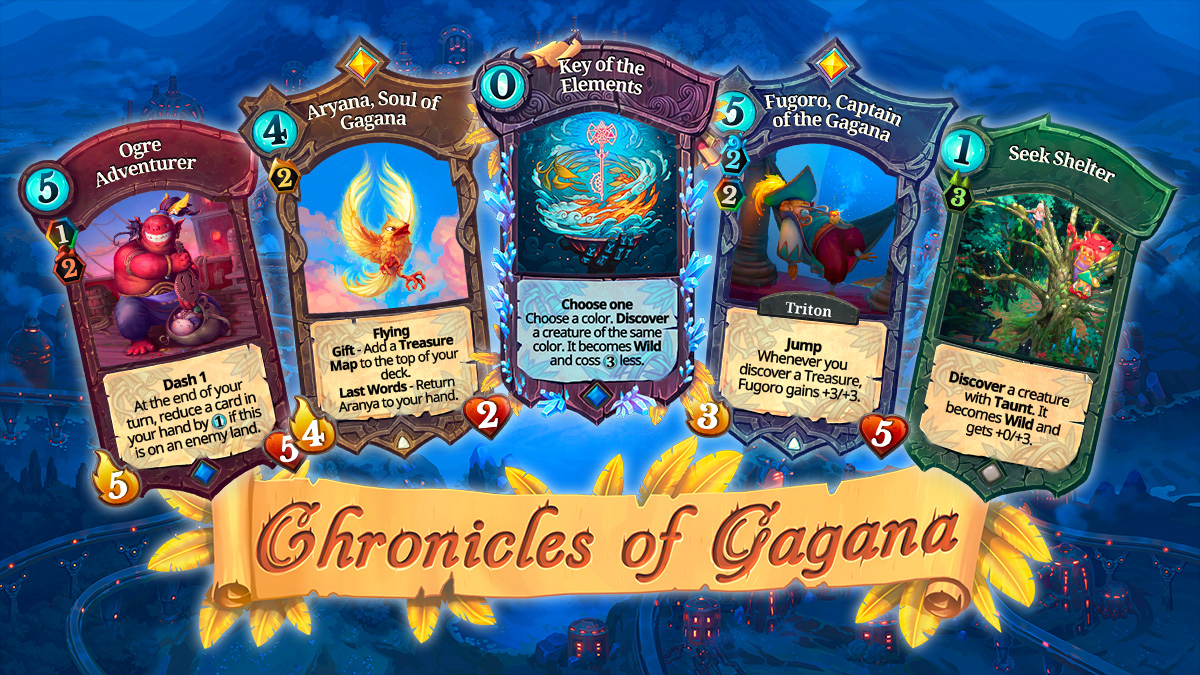 Upon purchasing the Chronicles of Gagana DLC, you will be given 5 Battle Chests full of Gagana cards, and can earn the rest through crafting and play! 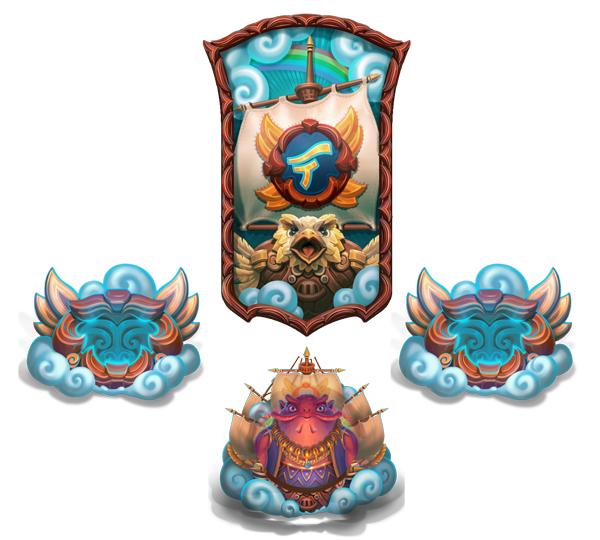 Purchasing the Chronicles of Gagana awards you exclusive cosmetics: 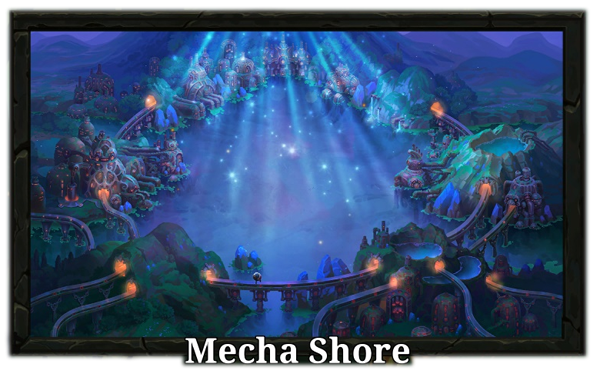 Chronicles of Gagana includes a brand new battlefield background, or shore, which represents the capital city of the Mecha - Heartforge.

The Mecha are a brand new subtype introduced with the Chronicles of Gagana. The Mecha are a sentient race of machines that the crew of Gagana will encounter on their voyages.

Distribute your mechanical army across the board and overwhelm your opponent with explosive force.

In addition to the new Mecha introduced in this expansion, several existing cards have been converted to the Mecha subtype. 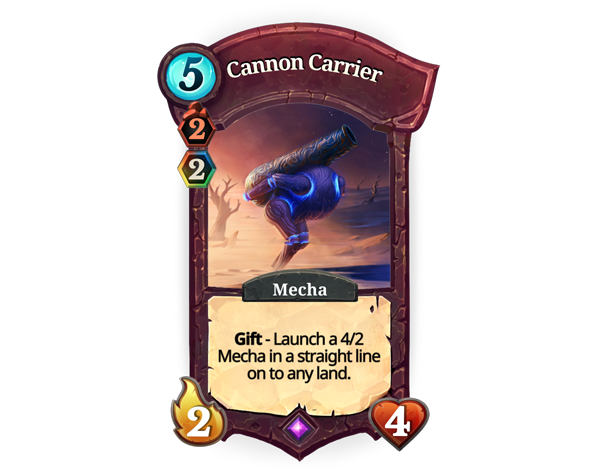 Cannon Carrier has been redesigned completely.

When designing the new Mecha subtype, we realized that the existing Mecha in game did not necessarily have any coherent gameplay identity. With our limited card slots in this expansion, we felt it necessary to redesign a previously existing card that doesn't really see a lot of play. This is why we've chosen to redesign Cannon Carrier.

The new Cannon Carrier not only works well with new cards like Detonate or Junkfeet, but it provides a vital amount of mobility and reach that Red decks tend to lack. We predict this card will not only be great in Mecha decks, but provide a boost to some Red decks in general.

With the release of Gagana and new treasures being added, we are implementing an experimental change for Pandora.

This change is considered experimental and we'd like to observe the effects of this adjustment. We receive a lot of feedback about Pandora and are looking at ways we can improve it. Let us know what you think of this change.

With the recent buff to Cannoneer, we've seen some problematic combo decks emerge that, in some cases, make it very difficult for the opponent to counterplay properly.

We like the power level of the card when supporting the Rakoan archetype, and will only be removing its ability to deal damage to gods directly.

What are you waiting for? Log in now and join the crew of the Gagana as they explore new lands and discover ancient treasures.