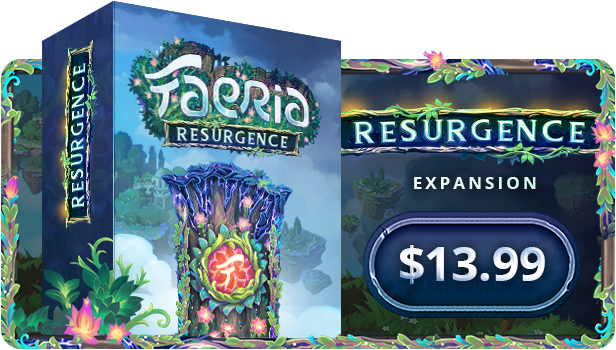 Including these four, which we haven't shown you until today: 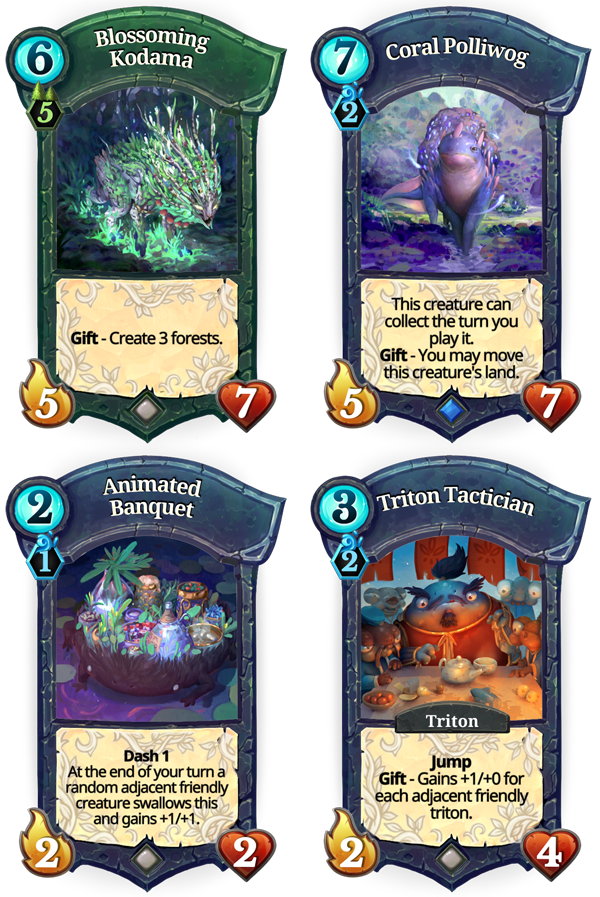 Along with the completion of Resurgence today, we are also releasing our first ever puzzle pack: Elements. 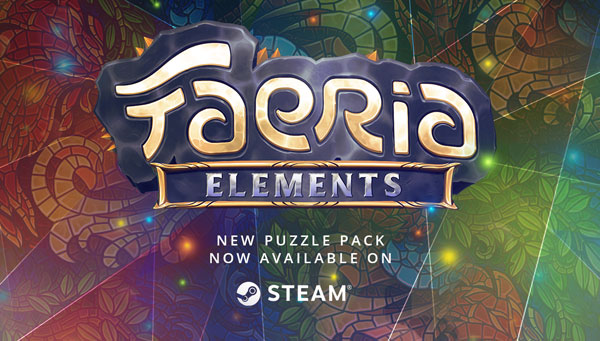 Elements adds 10 new puzzles to the base game of Faeria, and provides 40 additional puzzles to those who purchase the Elements DLC.

Warning: Some of these puzzles are extremely difficult.

After you click the "Play" button on the main menu, you'll now see a new "Puzzles" category you can select. 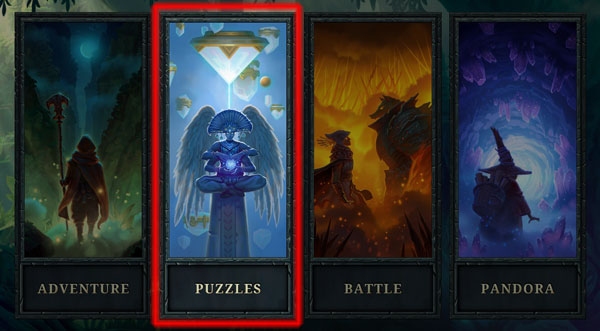 Upon selection, you'll be presented with the choice to access the "Core" puzzles in the base game of Faeria, or the new "Elements" category. 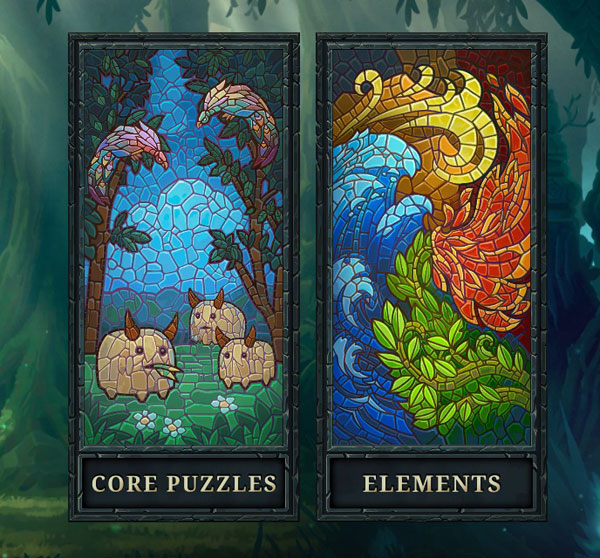 The Core Puzzles section contains all puzzles available in the base game, should you have unlocked them.

Yes, this means you can once again replay puzzles after completing them! You will, however, receive no additional rewards.

Elements will present you with the following choices: 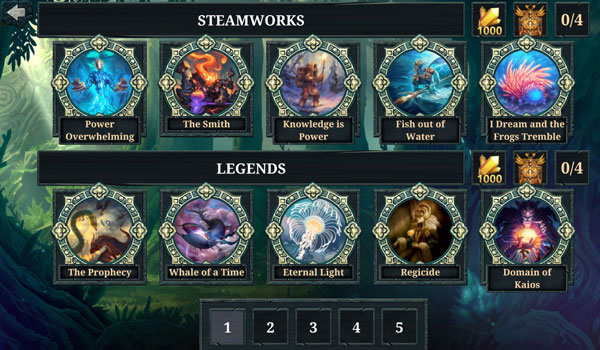 There are five total pages of Elements puzzles. The first page is completely free and included with the base game. To access the remaining four, you'll need to grab the Elements DLC from Steam.

Rewards for each set of puzzles are listed at the top of the category. If you're able to complete the first set on page five, you'll earn the exclusive Elements cardback! 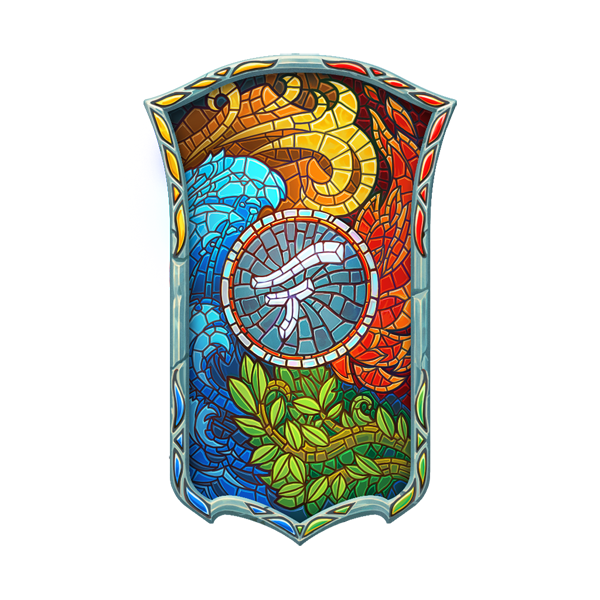 Due to popular demand, we have now added official Steam achievements to Faeria!

Many of these achievements will be retroactively applied to existing accounts, but some you may need to hunt down.

Mostly, you should accumulate these through normal play.

To see the full list of available achievements in Faeria, right click the game in your Steam library and select "View Community Hub."

You will see a link in the top right to "View Stats." Clicking that will lead you to the available list, like other Steam games.

Will you be the first to earn them all?

If you haven't already noticed, the base game of Faeria is currently discounted by 33%!

This discount will last until October 26th. If you don't already have Faeria, it's the perfect time to pick it up.

Watch 32 of the best players in Faeria compete for the grand prize in Crucible format.

Earn Eggs while watching, and have them hatch during the weekend!

In addition to some other bug fixes, we've added a "Clear cache" button in the settings menu.

If you're experiencing strange crashes in Faeria, this button should allow you to fix the majority of these issues.

After clicking it, you need only to restart Faeria and see that your problem is resolved.

If this still doesn't resolve your problem, make sure to email support@abrakam.com or contact us in our official Discord.

Thank you, and enjoy!

Hey everyone. This isn’t so much a patch as a reforging. Since the last patch we’ve analyzed mountains of player data, read thousands of feedback posts, watched dozens of hours of streams and of course just played the game ourselves. Here’s what we’ve come up with.