Faeria's next expansion is on the way, and it may be here sooner than you think.

Faeria's next expansion is on the way, and it may be here sooner than you think. 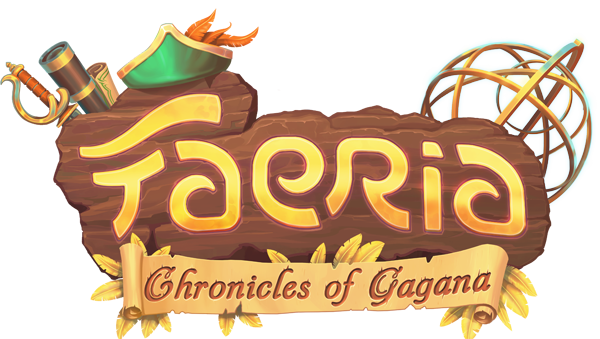 We're happy to announce that Faeria's next expansion, the Chronicles of Gagana will be released next month, in April.

Join the crew of the Gagana as they explore never before seen lands in the world of Faeria. You will encounter new races, continents, and discover powerful ancient treasures.

Chronicles of Gagana will introduce one new race (subtype), keyword, and a whole new deck archetype.

What new race do you think the crew of the Gagana will encounter?

Don't forget, it's a free weekend for Faeria!

Call all your friends in and join the party.

Coincidentally, almost as if it were planned, all Faeria products are on sale at the same time - so if your friends try the game and like it, they can buy it! Nice how that worked out.

Thanks to our partners at Versus Evil, Faeria is now available in a wider range of online stores - including some new locations in China.

We're happy to be able to bring our game to as wide an audience as possible.

Needless to say, we'll be a bit busy during this time - and there may be no Faeria Friday next week, to preserve my own personal wellness.

It would be the first skipping of a Faeria Friday in over 3 years. Is that okay?

The last opportunity to earn FWC points for the season of Aurora is... tomorrow!

Don't forget, the top 8 in FWC points after this tournament will be invited to a special online Blitz invitational during PAX East!

Soon after that, we'll have the Seasonal Cup to do. We plan on timing this to promote the release of Chronicles of Gagana, so stay tuned for more info!